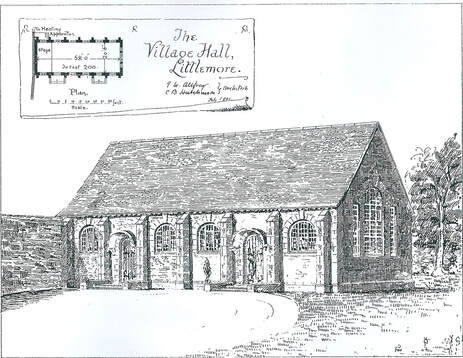 In 1897 Miss Ellen Sayer Crawley obtained a piece of land on Railway Lane with a view to erecting a village hall. ​The property, next to the Manor House, was described as including 'all that Barn, Stable and Fowl House, Yard and Grass Plot'.

The buildings were soon demolished, and by 1901 proposals for a Village Hall on the site were published in the Parish Magazine.
​
Progress was slow, as the villagers worked to raise the money, and other events intervened. It was later reported that: 'The money was constantly running out and building was intermittent. A long spell of inactivity at one time allowed a ‘withy’ tree to grow within the walls.'

Funds were also needed for building the Speedwell School, which opened in 1907. Work halted again in 1914, with the outbreak of WWI.
​
​Miss Crawley was by this time getting elderly, and the hall was still unfinished when she died in June 1920. 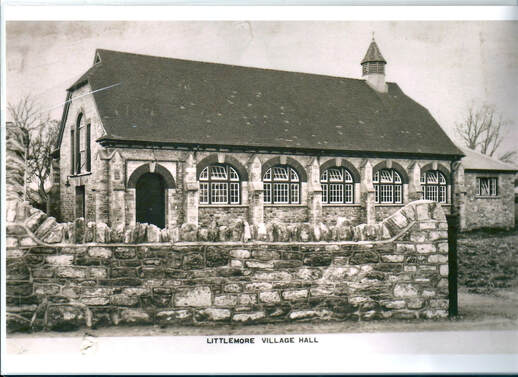 This photo was probably taken about 1950
Legacy

Miss Crawley left the land and the 'building ... partly erected by me thereon known as the Village Hall' in trust to be used as a Village Hall for the inhabitants of Littlemore.

One of the first trustees was the Vicar, the Reverend George Champion. He set about raising the money to finish the project. Reportedly, returning soldiers gave their NAAFI money to help pay for windows and doors.

​The Village Hall finally opened its doors in 1924. 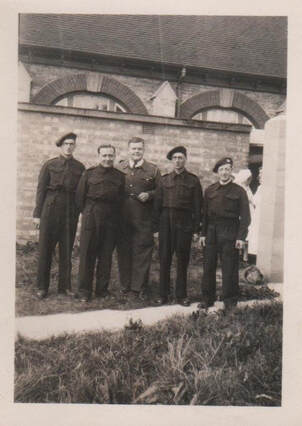 The photo above shows members of the Home Guard outside, with nurses in the background
WWII and Beyond

During WWII, the hall was in demand for the war effort. Evacuees were given their lessons there, as the local schools were full.

The hall was also a First Aid Post and emergency centre. As such it was evidently protected with additional blast walls.

After the War, the hall continued to be much used. Parties and wedding receptions were held there, as were meetings of various organisations including the British Legion, the Co-op Women's Guild and the Parish Council.

There was a Darby and Joan Club, Brownies and Bingo. Whist drives and dances were both popular. There was an annual gardening show, and the garden was also used for celebrations such as the Festival of Britain. 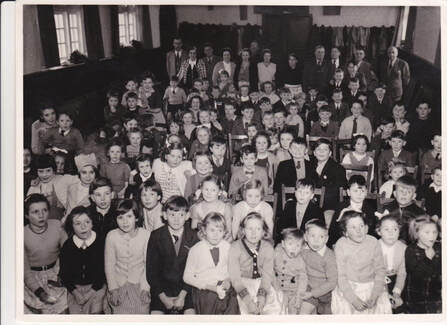 Coronation party at the Village Hall in 1953
Post-war improvements
​
The Village Hall has been extended and improved a number of times. The first extension, at the eastern end of the building, was probably added quite early on. The kitchen, at the rear, and the gents' and disabled toilets, at the western end are post-war additions. At some time in the 1980s, a false ceiling was put up, and the west gable window boarded over. More recently still, in 2010, the Hall was re-roofed, and central heating installed.

Today, Littlemore Village Hall is still providing a much-valued community space, which is in use almost every day of the week.
email: littlemorevillagehall@gmail.com
or call: 07467 127009